Tattooz by Sassy in Renegade Magazine

Check out my tattoo artist Dessa Blackthorn, aka "Sassy" in the  current edition of Renegade Magazine 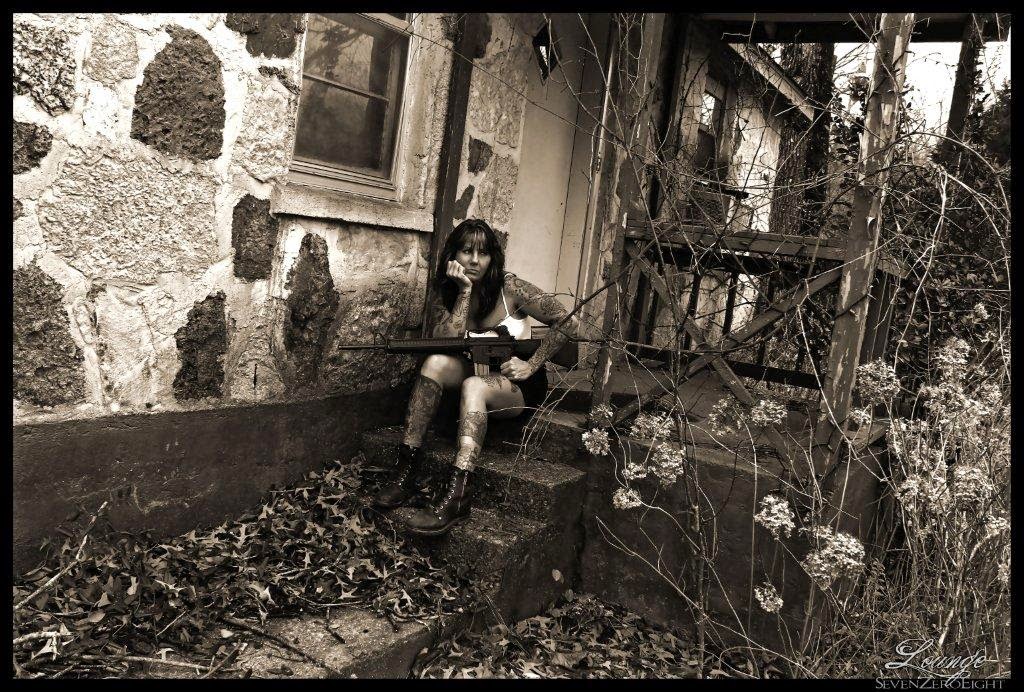 Dessa "Sassy" Blackthorn started tattooing in 1989 after a well known tattoo artist in Hawaii saw several motorcycles she had airbrushed on the island. He took her under his wing and apprenticed her, pushing her limits until she became a multi award-winning artist who now has clients from around the world. After having tattooed in Hawaii for two years, and southern California for five years, she moved to Mountain Home Arkansas and now owns Tattooz by Sassy in the Harps Marketplace which has been in that location since September 11, 2001.
She has essentially been an artist her whole life selling her first painting at the age of 14. In 1983 she was given an airbrush which opened a whole new world of artistic expression for her eventually opening the door which got her where she is today with nearly 50 trophies and plaques to show for her talents.
Sassy prefers tattooing realism (portraits, scenery, animals, and plant life) but loves tattooing many different styles of art including new age, bold color, medieval designs, and the newest "water color" style of artwork. If you think it, she can ink it! Although she has thousands of designs to choose from in her shop, she prefers to do custom work with over 80% of her clients choosing custom over printed flash. Stepping outside of her comfort zone is one of the things that keeps her passion for the art alive and clients who push her artistic talents are very much appreciated.
On a personal note, Sassy is a 51 year old grandmother of one and mother of three daughters. She is a licensed nurse, EMT, and an auto mechanic. In her spare time she likes to write fiction novels. Currently she has four novels in a series out in paperback and is working on a fifth to end that series after which she will start something completely new. On rare occasions she gets to work on her cars and has many plans for her collection in the future. Her 1967 Camaro is now being stripped for a frame-off restoration. Sassy will be building a 396 herself to be put in the car and airbrush artwork will adorn the outside of the Camaro as well as the outside of her two Corvettes.
She also owns a 2001 Yamaha V-Star with custom artwork she did herself. It doesn't get nearly enough road time as she would like but when it does, it has no problem riding alongside the big boys on the Harleys and is the one thing that helps her appreciate the area she lives in.
Having fulfilled one bucket list already (which took 30 years to complete), she is working on a new bucket list with more exciting things to do in the next couple of decades. Some of these future things include doing another body building competition by the time she is 55, restoring her Camaro, building a new house, traveling to other parts of the world, doing her solo jump from a plane, and writing a best-selling novel. For now though, she enjoys spending time with her granddaughter and squeezing in as many things into her already busy life as she can.

There is never a dull moment for her!
Posted by chris at 4:55 PM